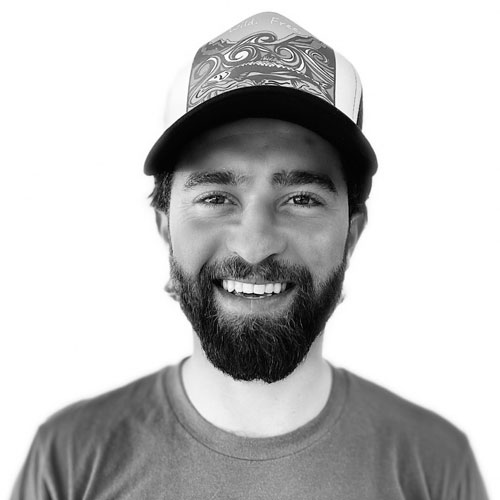 We’re back with another post in our “Guide Spotlight” series, helping you get to know the best guides in the Grand Canyon just a little better. Today we’re featuring Nicky G., now in his second year with Hatch!

Years working in the outdoor industry: 6

Trips in Grand Canyon: Six, which my parents think is a lot, but it's nothing compared to the long-time legends that I am blessed to work with at Hatch. One day I'll have as much as experience as them!

What got you into the outdoors?

I have worked as a river guide, swiftwater rescue instructor, and outdoor education instructor for six years. The Rocky Mountains of Colorado have been my home since 2013, when I moved out West for the first time from New Hampshire. However, I have been blessed to explore and work on many rivers in the U.S. in Utah, Idaho, and Arizona. I have also worked on rivers abroad, including places such as Veracruz, Mexico, and various parts of Chile, from Pucon to Futaleufu (which means "big river" in the native Mapuche language).

I began a career in the outdoor industry after falling in love with the outdoors working as a counselor at a traditional sleep-away summer camp. I grew up in New York City, where the closest thing to "nature" was Central Park. But after spending the summers during college in New Hampshire, surrounded by the forests and peaks of the White Mountains and going on camping trips as much as possible, I realized I wanted nothing more than to spend a lifetime outside, as far away from big cities as possible. Naturally, the best thing to do was move West, and I chose Colorado. I went through the Outdoor Studies program at Colorado Mountain College, and the next summer was my rookie year as a raft guide on the Yampa River in Northwest Colorado. The rest is history.

Do you have a favorite place in Grand Canyon?

One of my absolute favorite places in Grand Canyon is the camp at the mouth of Blacktail Canyon. It is awesome for so many reasons. Blacktail Canyon is a tiny slot canyon with Tapeats Sandstone laying directly on top of the much older Vishnu Schist and Zoroaster Granite. It is an upclose and personal experience with the "Great Unconformity": a 1.2 BILLION year gap in the geological record! Furthermore, it is beautiful. And the acoustics in this slot canyon are on par with the New York Philharmonic, which means it is a perfect spot to bring a guitar, a fiddle, and a harmonica and have an impromptu jam session. (I know because I've had one before and it was magical). Lastly, camping here means you probably just had one of the best days imaginable in Grand Canyon. You just ran some of the biggest, most intimidating whitewater on the Colorado River, starting with Horn Creek and running all the way through the Gems. Then, you celebrated your successful decent by frolicking in the idyllic waters of Elves' Chasm - a short side hike about a mile upstream from Blacktail to a dreamlike waterfall in the middle of the desert. It doesn't get much better than that.

How do you stay busy in the off season?

What would you say to someone who is considering planning a trip, but on the fence?

A river trip in the Grand Canyon is an experience that EVERYONE should have. It's not just for the thrill-seekers, adrenaline junkies, or experienced adventurers. It is a profoundly spiritual experience that challenges us to see the world and the universe in a uniquely different way. It is humbling, awe-inspiring, uplifting, and instills a sense of reverence for the beauty and power of nature. It reminds us of the things that are truly important: water, simplicity, resilience, optimism, courage, compassion, friends, and family. I implore you to go on a Grand Canyon river trip: it will change your life for the better.

Learn more about Nicky and our other guides on our website.