April 14th, 2021​Staying Safe around Snakes, Scorpions, and Other River Slitherers and Skitterers 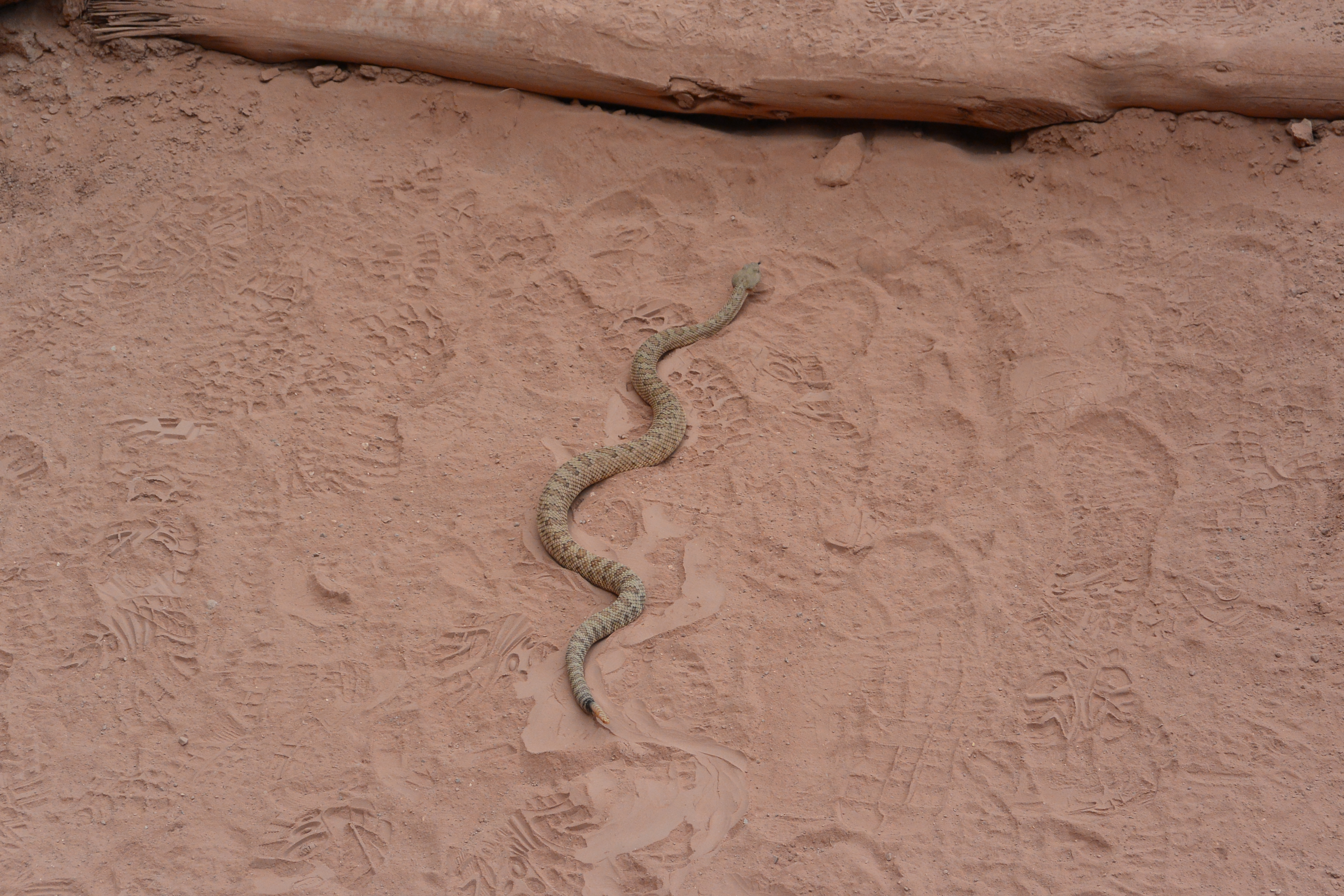 The thought of a potential close encounter with a snake, scorpion, or other creature generally deemed sort of “creepy” on the river can be an uncomfortable one, especially for folks not accustomed to the desert ecosystems in which our trips take place. Common images of the American Southwest are of these types of creatures aggressively going after people and animals, but the reality is much different. If you’re a little wary, we think the best way to quell your fears (or possibly rule out this particular trip from your list of vacations) is to know all the facts.

First, it should be noted that ALL species of wildlife in Grand Canyon (and everywhere, really) should be given adequate distance and respect. When wild animals become desensitized to the presence of humans, it can cause problems for both the humans and the animals. The Park Service likes to remind guests that rock squirrels cause more injuries to guests than any other creatures in the park.

That said, let’s get back to the creatures most of our guests are concerned about before departing on their trips with Hatch.

The area in and around Grand Canyon serves as the habitat for a variety of species of snake. Snakes are important members of their ecosystems as efficient predators of small mammals which if left uncontrolled could quickly overrun an area. The snakes of most concern to guests on river trips are rattlesnakes, of which there are six species in Grand Canyon. (Including one, the Grand Canyon Pink Rattlesnake, that isn’t found anywhere else in the world!)

Rattlesnakes are reluctant to attack (or even be near) humans and other much larger creatures that could harm them. Instead, it’s most common for a rattlesnake to use its rattle as a warning when you get too close. If you see a snake or hear a rattle on your trip, keep your distance. Move slowly away from the snake (or if it is moving, get out of its path), and watch from a safe distance. The Park recommends observing snakes from no closer than 15 ft.) This would also be a good time to inform other guests around you or your guides that a snake is present in the area.

Under no circumstances should you try to touch, move, or pick up a snake on your trip. If you become aware of a snake in your campsite, inform your guides and they will determine the best course of action. If a snakebite should occur, tell the guides immediately so that they can take appropriate medical action.

Some things to keep in mind:

Like snakes, scorpions are important members of their ecosystems. These arachnids use their venomous tails to sting and subsequently eat small insects. They are, in turn, eaten by small mammals (such as bats and mice), lizards, and birds. The scorpion most commonly seen in Grand Canyon, the Arizona Bark Scorpion, also happens to be the only one with venom that is harmful enough to humans to be medically significant. But, with some basic precautions, you can limit your chances of having an unwanted encounter with these fascinating creatures.

Bark scorpions tend to limit their activity to the night. During the day, they prefer to spend their time hiding out in crevices under rocks, logs, or tree bark, so try to avoid disturbing these areas when you’re out and about on your adventures. You should also avoid creating potentially appealing places for scorpions when you set up camp. That means not getting your sleeping bag out until you are getting into it for bed, and not leaving clothing out on the beaches overnight. Shake out any shoes or clothing items that didn’t get put away before putting them on to make sure no scorpions thought they looked like an appealing place to hunker down.

Like snakes, scorpions would rather avoid encounters with threatening creatures that are larger than they are, so there is little worry of a scorpion being attracted to your sleeping area when it is occupied.

Some things to keep in mind:

Fun Fact: Scorpions give birth to live young that are called scorplings.

OTHER CREATURES OF NOTE

Red Harvester Ants - These ants are extremely common on Grand Canyon beaches as are their painful bites! Although bites are not typically harmful in the long run, you’ll want to avoid them if you can. Look for mounds of small pebbles with holes in the center (these are harvester ant nests) and avoid setting your camp up near (or on!) them. It’s easiest to find nests during the day as there will also probably be some ant activity, so try to pick out a campsite before it gets dark. Always wear shoes when you are in camp, and if you’re in a camp that is particularly ant-occupied, consider swapping from sandals to tennis shoes.

Tarantula hawks - Tarantula hawks are large wasps that hunt tarantulas as food for their larvae. These wasps will not sting humans unless provoked, but their stings are reported to be the second most painful of any insect. If a tarantula hawk visits your camp or lunch spot, stay calm and let it check things out. It will likely move on soon.

You may encounter any number of other creatures that swim, fly, walk, burrow, climb, and crawl while on your trip. Each one has an important role to play in its ecosystem, so as much as possible, we hope you’re able to leave each one in peace while observing it from a respectful distance. Doing so is safest for both you and the animal in question. Remember, always defer to your guides if you are not sure how best to deal with a situation involving wildlife in the Grand Canyon.

​Staying Safe around Snakes, Scorpions, and Other River Slitherers and Skitterers